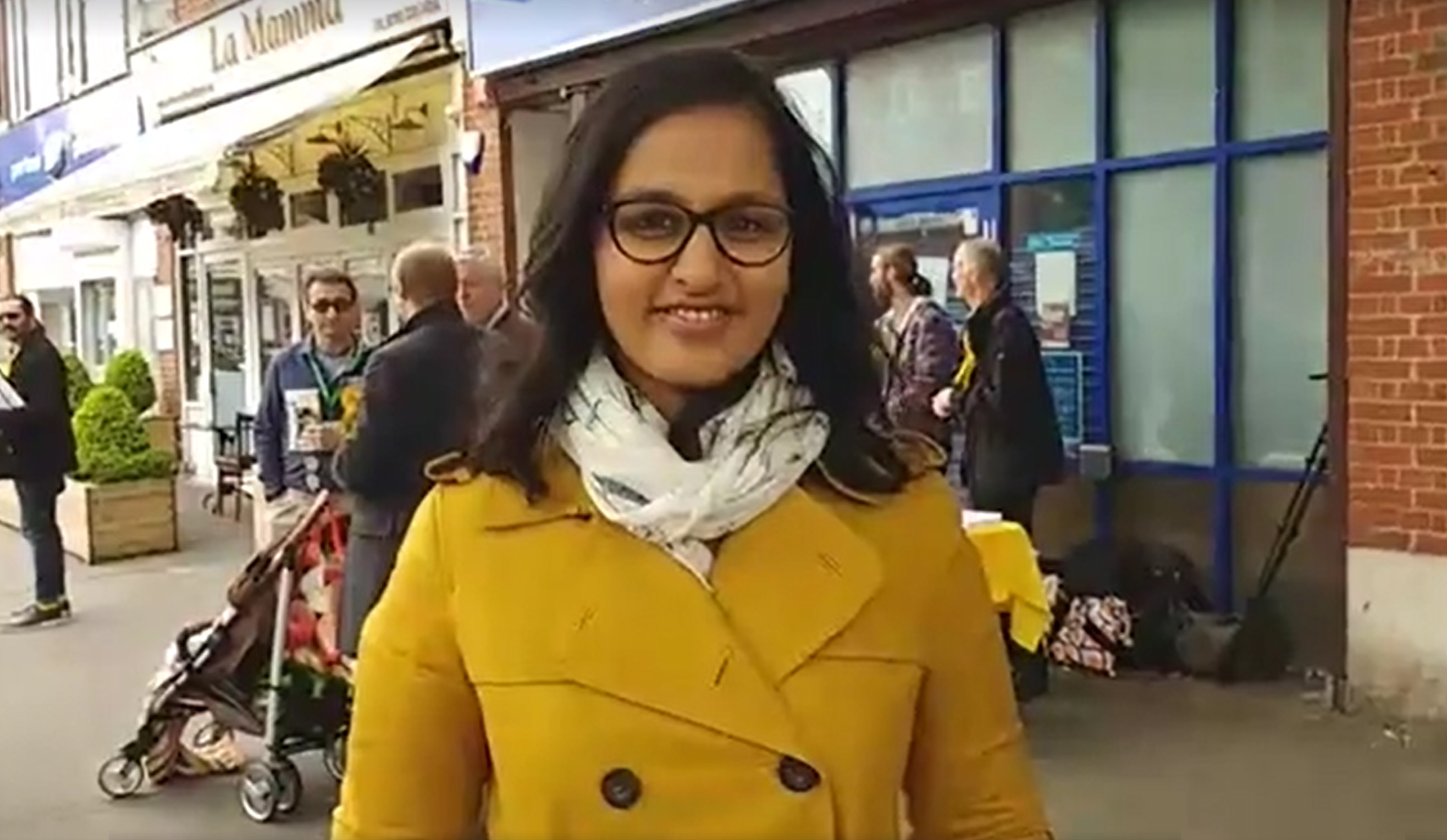 Amna is a committed campaigner, working hard to represent the people of Sutton, Cheam and Worcester Park. She was inspired to join the Liberal Democrat by Charles Kennedy and his opposition to the Iraq War – since then she has been a passionate advocate for local people, working hard to make sure their voices are heard at the local and Parliamentary level.

As a community champion in Sutton & Cheam, Amna is working hard to ensure the Government listens to Southern rail commuters, fights against Government cuts to council services and increase school choice for local parents, building a bright future for the area. On a national level, she is working with healthcare experts to find a sensible approach to NHS funding and has appeared in numerous outlets including Sutton Guardian, The Guardian and Radio 4.

Amna was born in Pakistan and moved to South London at a young age. She is bi-lingual and values the diversity of experience and cultures that our communities bring to London and to our country. Since graduating from Oxford University, Amna has worked in communications consultant, helping businesses and charities communicate their values and build campaigns. Her recent work has included awareness raising for diabetes and promoting healthy active lifestyles for children.

Amna ran for council in Lambeth in 2013 where she campaigned successfully for local parking problems to be resolved. In 2015, Amna was the Liberal Democrat Parliamentary candidate for the Streatham constituency, where she campaigned to protect local services, fix the trains and increase school places for families. During the General Election campaign, Amna campaigned in Sutton & Cheam, going on to represent the Sutton and neighbouring Croydon as the General London Assembly candidate in May 2016. She campaigned to protect community policing, increase investment in skills and jobs for young people and to bring the tram to Sutton.

Join the Liberal Democrats today from as little as £1 a month and help us demand better for our future.